It happened nearly thirty years ago, during my first few months in Oxford, where I held a post as lector and lecturer at the University. It must be said that, while there, I was not exactly required to work my fingers to the bone and spent a lot of my free time rummaging around in Oxford’s many second-hand bookshops, most of which have since closed down. I was on the hunt for various little-known authors whose books did not exist in any modern editions, authors such as Aickman, Lord Berners, Thomas Burke, John Meade Falkner, Collier, Vernon Lee, Lord Dunsany, Shiel, Stenbock and Arthur Machen. I was particularly keen on Machen, the most recent editions of whose lesser-known works dated from the 1920s and 30s. At the time – long before the Internet – you could still pick up the occasional bargain in those sometimes refined and expensive and sometimes vast and chaotic bookshops, as well as in the jumble sales held in church halls, fire stations or the reception rooms of London hotels. I began to feel slightly uneasy when I kept spotting the same man frequenting the same places as me. Whenever you identify someone as sharing your peculiarities or obsessions, you inevitably see in him a faint reflection of yourself, and that troubled me, just as, at the dawn of the video age, again in England, I had the odd discomfiting encounter, in video shops, with a fellow who did not seem entirely right in the head; he would mutter and murmur to himself and was rather eccentric-looking; and I used to wonder if, without realising it, I was rather like him. One day, when he noticed me looking at a copy of the Vivien Leigh and Robert Taylor film, Waterloo Bridge, he sidled up to me and said, eyes glinting: ‘That’s the best film ever made, wouldn’t you agree?’ In order not to antagonise him, I said ‘Yes, possibly’, because the truth is I found him vaguely repellent. However, given his choice of film, I realised that he was probably just an innocent, sentimental and doubtless solitary soul, and thereafter I never again eyed him with aversion or misgivings.

I did not feel in the least repelled by the man who haunted the bookshops, but he did look slightly strange, with his rather long nose, which seemed permanently on the verge of catching a cold, his small, quick eyes, and his decent but rather shabby clothes; I seem to remember that he wore one of those raincoats my mother would have described as a ‘dole-queue raincoat’, and although the dole queue may seem an old-fashioned concept now, it’s one that could well be making a comeback. One Sunday morning, he appeared at my house and rang the doorbell. He explained that the owners of a bookshop called Titles had given him my address because, they said, I was a collector of Machen’s books, and he was an expert on Machen (he was unaware, however, that Machen was also one of Borges’ favourite writers). In my now oldish novel All Souls, I described a similar conversation between the narrator and the character Alan Marriott, who turned up accompanied by a three-legged dog. Roger Dobson – for that was his name – had no dog, but he was the first person to tell me about the legend of the Kingdom of Redonda and about its drunken beggar king, John Gawsworth, and both kingdom and king have had a certain importance in my life. We did not become friends, nor did we arrange to meet again, but after that first meeting we would always greet each other whenever we met in bookshops and would exchange information and discoveries. Later, however, over the years, we did write to each other from time to time, and when the former ‘King of Redonda’, Jon Wynne-Tyson, decided to ‘abdicate’ in my favour, Dobson, perhaps the greatest ‘redondologist’ in the world, was happy to accept me. I ‘bestowed’ on him the title Duke of Bridaespuela – the Duke of Bridlespur – as a homage to Machen and his work Bridles and Spurs.

He spoke little about his private life. He contributed to various strange and sometimes downright weird magazines, writing learned articles about forgotten authors, especially those who wrote about the supernatural. I don’t know how he earned his living. With some difficulty, I imagine. He moved away from the centre of town (he used to live in a house Tolkien had once lived in); he mentioned once that he worked as an extra on films made on location in Oxford; and on learning that he was in financial straits, I was able to pay him for the editorial work he did on a biography of Machen written by Gawsworth – a belated discovery – a task he had initially carried out gratis et amore. A couple of months ago, I received a letter from Ray Russell, one of the founders of the society known as the Friends of Arthur Machen, asking if I knew what had happened to Dobson. He had vanished without trace, no longer replied to e-mails, and Russell was concerned that he might be ill. I feared the worst. Dobson had no phone. I wrote to him, in vain. A week later, Russell confirmed my pessimistic suspicions. Dobson had died in April, but Russell did not know when or how or why, nor if there had been a funeral or if there was going to be one. Sometimes we can find out more about the dead than about the living, for the former are no longer around to guard their secrets. So far, however, this has not proved to be the case. The only new information I have gleaned is that Dobson was brought up in Manchester. Otherwise, I still know nothing, only that the person whom, years ago, I once saw as my own rather troubling reflection is no longer in the world. One does occasionally meet people like him, recondite, bookish, silent enthusiasts for the things they choose to study or do, or to which they decide to devote themselves, often someone or something that no one else much cares about. People who put all their energies into rescuing from oblivion someone who has been unjustly forgotten, even at the risk that they themselves may become even more forgotten, in life as in death. I will not forget that remarkable man, Roger Dobson, for unwittingly and almost unknowingly, he, in some measure, played a part in my own literary fortunes. Thank you, Alan Marriott, Thank you and goodbye, Roger Dobson.

Translated from the Spanish by Margaret Jull Costa

The funeral service for Roger Alan Dobson (1954-2013), author, actor, bookman and good friend, will be held on Thursday 4 July 2013, at 11.30am, at Oxford crematorium. There will then be a buffet lunch at 12.30 at The Talk House, Wheatley Road, Stanton St John, OX33 1EX.  All Roger’s friends will be welcome at the service, and afterwards. Those who cannot join us may wish to hold Roger’s memory in their thoughts during this day. 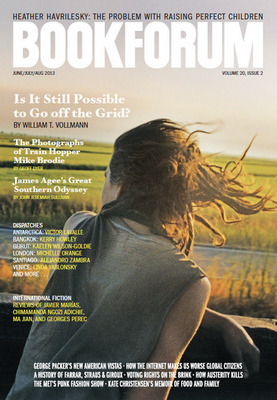 This novel begins with the apparently senseless killing of Miguel Desvern or Deverne, by a deranged, homeless car parking attendant. Maria Dolz, an editor at a publishing house, remembers Desvern and his wife Luisa as the ‘perfect couple’. Every morning before going to work, she would admire their blissful love from a distance as they breakfasted with her in the same cafe.

The rest of the novel delves into what could have brought a wealthy gentleman with no known enemies to such a gruesome end. Was there a stealthy enemy with a secret motive? How did the dying man feel in his last moments? What could have gone on in the mind of the deranged assailant? The specific incident gives rise to far-reaching speculations. What motivates the perpetrators of acts of violence? How does violence affect the instigator, the victims and bystanders, and change them?

The news of Desvern’s murder soon vanishes from the press. As Maria reflects, “We don’t want to go too deeply into anything or linger too long over any event or story, we need to be given a constantly renewed supply of other people’s misfortunes, as if we need to feel that we, by contrast, are survivors, immortals, so feed us some new atrocities, we’ve worn out yesterday’s already.”

The author does the opposite in this book, making a specific killing the launching point for far-reaching metaphysical and moral speculations. “What happened,” says Diaz-Varela, the self-confessed mastermind behind Desvern’s killing, “is of little importance and soon forgotten. What matter are the possibilities and ideas that the novel’s imaginary plot communicates to us and infuses us with, a plot that we recall far more vividly than real events, and to which we pay far more attention.”

However, the first half of the novel is tedious reading. Pages filled with paragraph-long sentences about theoretical speculations can tax the reader’s patience. The author deliberately reinforces this by making the characters mouthpieces for complex ideas, rather than fleshing them out as individuals. The scholarly Rico, the penurious working class Maria Dolz, Luisa the grieving widow, the man-of-the-world Diaz-Varela, all spew forth pages upon pages of identical speculative monologues. Real people rarely think and speak like this, but everyone in this book has their head in the clouds.

Even when Maria and Diaz-Varela begin flirting, they go into prolonged speculations on death; what might have happened to Deverne; Lady Macbeth’s death in Shakespeare’s celebrated tragedy, etc. The setting in a museum, Maria’s physical attraction to Diaz-Varela’s neatly trimmed nails, cleft chin and voluptuous lips, are marginal, barely there. The murdered man is sometimes Deverne, sometimes Desvern. These specifics don’t really matter. The ideas do.

The author avoids firmly pinning the story to a specific time and place, further reinforcing the wider relevance of metaphysical speculations. Except for rare passing mentions of the Internet, contact lenses, MRI scans, cellphones or locations in Madrid, this story could very well be playing out in Edwardian England, Vichy France, or in Russia under the Tsars.

Touches of humour attempt to relieve the monotony of philosophical and moral theorising , which occur more often in reality than in novels. With a self-deprecatory sense of fun, the author allows Maria to dissect publishers and bestselling authors and their book launches.

“Those who earn their living from literature and related activities and who, therefore, have no proper job — and there are quite a few of them, because, contrary to what most people say, there’s money to be made in this business, although mainly by the publishers and the distributors — rarely leave their houses and so all they have to do is go back to their computer or their typewriter — a few madmen still continue to use these with an incomprehensible degree of self-discipline: you have to be slightly abnormal to sit down and work on something without being told to.”

The author even makes fun of his own style, likening the characters’ speculations to “a marked tendency to discourse and expound and digress, (like) many writers, as if it weren’t enough for them to fill pages and pages with their thoughts and stories, which, with few exceptions, are either absurd, pretentious, gruesome or pathetic.” Midway through the book, many a reader will agree with Maria.

It is then that the author rewards the patient and persistent reader with his “grave, somehow inward-turned voice and the often arbitrary syntactic leaps he made, the whole effect seeming sometimes not to emanate from a human being, but from a musical instrument that does not transmit meanings…” From the second half of the novel, we are regaled with a marvelous symphony of quickly succeeding waves of speculations; life, love, death, war, crime, morality, human perversity and cunning. Delightful vistas of endless possibilities, stories and mysteries open up, making this book a rewarding read.